The Time I Almost Worked With Michael Jackson 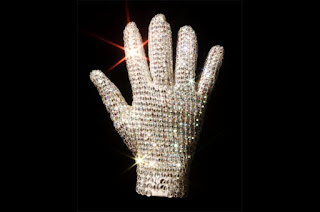 One of the more surreal times in my life was the last go around of Michael Jackson attempting to organize a world tour, right before his untimely demise.

At the time, I had begun being extremely active in experimenting with various sorts of interactive technology, augmented reality, realtime graphics tech, 3D tech, etc…and sharing the results of that on the internet. A steady trickle of people involved in the entertainment business had been contacting me regularly regarding various proposals for exhibits, concerts, etc.

For some reason I popped up on the radar of someone "involved in the MJ project". I had been told that I had seemed to keep showing up again and again in searches for various technologies involved.

I soon began getting calls daily, picking my brain about possibilities, what I thought about various routes of solving perceived problems. Long, awkward conversations, the kind that happen when someone doesn’t quite understand what questions they need to be asking, and you have to explain that. A delicate line to walk sometimes.

Later I learned - try to charge for this time!

The conversations themselves seemed sketchy, sort of like I was being conned in some way, but I couldn't figure out exactly how.

Even weirder were the bits I was catching about the daily goings on. People gearing up everyday for rehearsals, and MJ not showing up! Money being burned at a steady clip. Every day, it seemed to be on the precipice of falling apart. Somehow, this didn't seem so unexpected, from various media reports about Jackson, but it definitely gave me reservations about being involved.

In regards to when he finally did show up, I distinctly remember being told that he was being carried on and off the stage, like an invalid. He seemed to not really be capable of performing. Fantastic!

This gig seemed to be getting more and more bizarre, more and more of a technical clusterfuck. There were just the sort of walls in communication between the people pulling off the visual part of the gig (probably me), and the artist, that can sometimes make for some really clunky final experiences. Warning signs everywhere!

All during this, I was just getting contacted from one liaison, never in touch with the artist at all. I kept thinking, is this even for real? I was getting all of this information second hand.

The reality was, there was a whole other layer of politics involved.

It trickled out that someone else really had the gig, but was apparently thought to be incompetent, at least by a competitor - the guy who was calling me! It turned out that I had been being contacted by another vendor, who was attempting to convince management that the person running it couldn’t pull off the job. In retrospect it is obvious that apparently the competitor vendor couldn’t either, if they were calling me!

(In a final result that is pretty common in the entertainment industry, the guy that was having so much trouble pulling off the 3D on the gig, has wound up making a bit of a career out of having been the guy that did 3D for MJ. For the tour that never happened. Anyway....)

At the time, my father was in the hospital for a long protracted stay, that wound up resulting in his passing. When I told him of what was going on, his eyes opened so widely, it will be forever burned in my mind. He couldn’t say anything, but the look of total bewilderment is something I will never forget. A weird moment for sure.

It’s all a blur, and I can’t remember exactly what happened first.

In a way, it was a relief. I was able to avoid deep moral and philosophical conflict, concerning all of the allegations in his personal life. The sort of quandary I wound up being faced with many, many times, over the coming years.

A few weeks later, I was on a plane flying out to do work for Green Day and Beastie Boys… and also on the edge of unintentionally letting myself in for quite a big problem, that I would only come to realize the extent of in the distant future.