Control Freak Systems LLC was contacted to bring the creative vision of Radical Media to life for the Nike FuelBand wall. The wall would light from red to green as energy levels of the people in front of it increased. The behavior of the wall was tightly specced: the design called for the users to be required to walk directly by the wall for the lights to trigger (and not trigger if the user wasn't within the proscribed area), and for the light area to bloom larger if a user moved faster.

"On January 19, 2012; Nike held an event in NYC to celebrate the announcement of their most exciting product launch in years–the Nike+ FuelBand. The core of the event centered around a large space where people received and tried out the new FuelBands.

From its arched shape to its iconic color palette, the FuelBand was direct inspiration for the MOTION WALL. The interactive installation saturated the space with ambient light, while inviting people to interact and continuously change the environment.

A series of 4 Kinects (Xbox) were mounted along the ceiling. Movement and distance from the wall were both used to trigger the light changes. 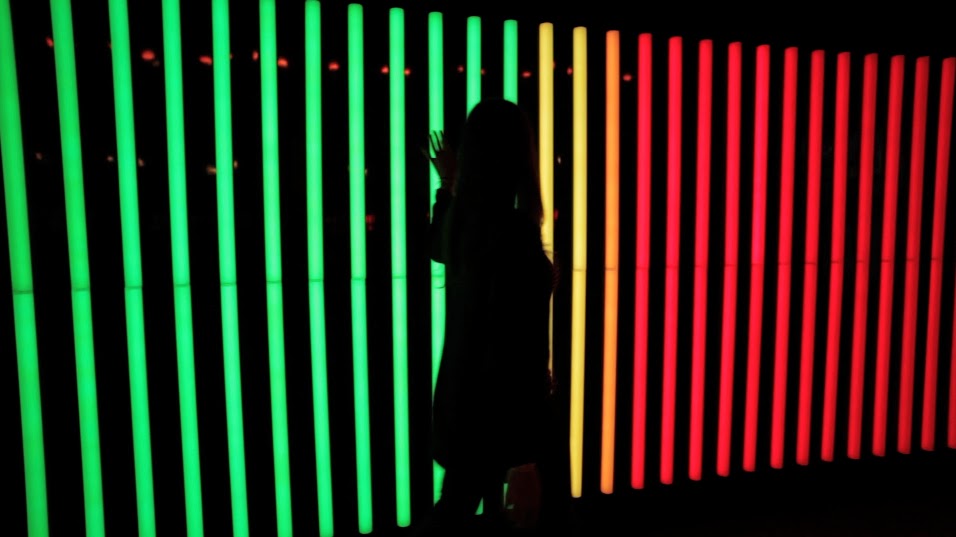