"You Massive Clod", by Fearmoths, is pretty famous in the demoscene, and possible reason for that is that not only does it look cool, but the source is also available. Tigrou posted a version for Windows that contained the important shader code here: clod_win32 .

I was looking at it today, and decided to replace the portion that's setting up the distance equations with what started as a torus. Yesterday, when manipulating a torus in another program, I noticed how when repeating the torus with a sin or cos, and tweaking other parameters, the general shape was very "clod-like". This made me interested to see how the same equation would look with the clod coloring and lighting scheme.

I wound up really liking it.

I included the optimization by iq, which removes the break from the loop that does the ray marching. I decided to let the mouse/trackpad influence the camera viewpoint as well as the distance equation. I also ended up adding a vignette function. 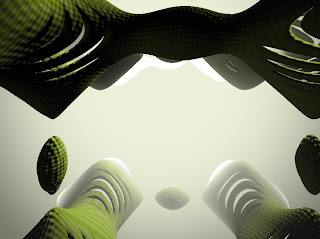 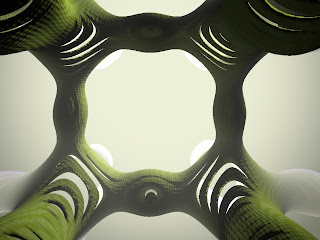 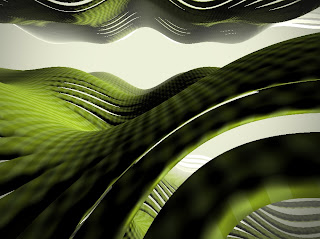 The file is here, and requires Quartz Composer: Clod Cousin