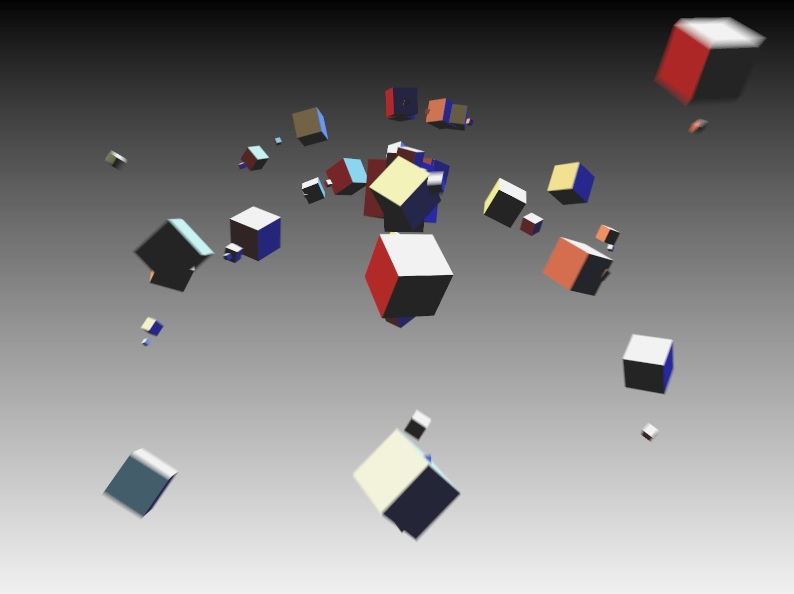 Version 1.3 of Kineme3D has been made a release, after a super long beta.

The composition bundle has a composition that I made with Christopher Wright (pre-Apple move), that demonstrates the Kineme Object Structure Explode and Structure Render patches. He came up with a really snazzy motion blur technique... that may be based in the same motion blur effect that happens with the typography in the Quartz Crystal startup composition, come to think of it (been awhile, not 100% sure).

I got the feel of the explosion I wanted going by doing a kind of non-linear time progression, and did the modeling of the 3D object as well.

Below, kind of shows how it started out before Christopher added the real time motion blur effect: